Recent Posts
3 Reasons Why An Entrepreneur Needs a Life Coach
5 Signs You're a People Pleaser in Your Business
What is a Wealth Subliminal Video and How to Use it to my Advantage?
Do You Have Relationship Imposter Syndrome?
3 Things Every Woman Should Do For Herself
Goal Setting Strategies Bootcamp for Entrepreneurs in 2020!
How Jennifer Lopez Overcame Imposter Syndrome for the Pepsi Halftime Super Bowl 2020 Show

Subscribe
Most Loved Posts!
3 Reasons Why An Entrepreneur Needs a Life Coach
5 Signs You're a People Pleaser in Your Business
What is a Wealth Subliminal Video and How to Use it to my Advantage?
Do You Have Relationship Imposter Syndrome?
3 Things Every Woman Should Do For Herself
Goal Setting Strategies Bootcamp for Entrepreneurs in 2020!
How Jennifer Lopez Overcame Imposter Syndrome for the Pepsi Halftime Super Bowl 2020 Show
Join The Tribe And Never Miss a Post!
Welcome to The Tribe! Confirmation will arrive in your inbox shortly.
Oops! Looks like you didn't enter an email address.

One of the wonderful things about living in New York City are the lively and juicy conversations with friends after a few tequila shots. Out with two straight female friends one night the topic switched to men and dating; imagine that. One friend did an about-face, "Nando, you have it so easy, you're gay and all gay men want are hand jobs and head." I was stunned. I was speechless. I was out of tequila!

I'm not sure if it was the alcohol talking, but where did she get her information? I couldn't help but wonder, "What other gay myths were being spread about like Kirstie Alley's thighs?" I came home and did some research, well, actually I came home and watched porn...then I did my research. I was horrified at what google offered me as search results; yet, simultaneously amused. (Maybe it was still the tequila?)

This link about gays was particularly shocking. So I felt the need to expose some of the gay myths out there starting with these.

Gay Myth # 1: Gay men will "come on" to any straight men around because we want to sleep with them. Listen, if you can't even get a women to flirt with you...what makes you think I'm wasting my Crest White Strip smile and skinny jeans on you? You're gonna have to keep blowing up your Stephanie Swift Blow Up Doll for your pleasure cause it's just not gonna happen with us. (And learn that ear hair is not too sexy!)

‍Gay Myth # 2: He's married; he can't be gay. If I had a quarter for every "straight" married man who's come on to me; I may have been able to produce my own BAILOUT solution for the country's banking problem. Need I give you the ultimate creep example: Jim McGreevey and his gay-American self? Ladies, I hate to drop a major bomb on you, but if your man keeps scheduling "fishing trips" with his buddy Larry every other weekend but never brings home any trout--you might want to Netflix Brokeback Mountain or read How To Tell If Your Man is Gay. Just saying.

‍Gay Myth # 3: All gay men really want are hand-jobs. I know a throng of gay men who'd rather re-elect George W Bush as President than give a hand-job. I think hand-jobs were something we did in our teens during our sexual discovery phase--and we practiced with all the "straight" married men--they really enjoyed them. A hand job does nothing for me except give me hand-cramps. And having to look at you as you're "being pleasured" while I do all the work--it's not called a hand-JOB for nothing; it's just not our thing. Trust me.

‍Gay Myth # 4: He's got bad hair and dresses badly, he must be gay. I admit that there are a few men out there who participate in the the holy and sacred act of man-on-man action who still don't know how to coordinate their textures with appropriate color pallets and haven't yet crossed over to hair wax--but to falsely accuse every man out there committing these senseless fashion crimes and hair don'ts as GAY is the worst myth of all and I won't stand for it. I am from TEXAS, the South, a place where we embrace people (and shoot them riffles if they disagree) but we know the true meaning of respect and understand the delicate nature of not calling someone GAY without just cause. I've worked hard for my GAY status and I wear it like a crown: tall, glittery, and proud; don't get it twisted!

‍Gay Myth # 5: We want to convert everyone. Listen, with my writing deadlines, hair appointments, facials visits and dental scans, I don't have time to convert straight men into gay men. I barely have time to "brunch" with the ones who are already gay much less coordinate a gay-revolution. (And in case you haven't heard--we're born this way!) First off, where would we hold the "conversion" seminar and second, we'd have to this event catered and the Cake Boss has a 4-week advanced ordering policy. Oy, it would never happen!

So these top 5 gay stereotypes must stop here. Let's Re-Launch Gay instead! I urge you to pass this post along to friends, family, colleagues and yes, even to Republicans--change has to start some day; why not today? (Plus, I need all the hits I can get!)

And don't forget to check out my new eBook, Dating Stuff: The Things About Dating You Ought To Know available for download, now! 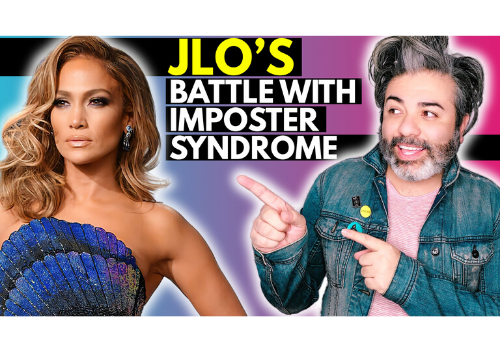 Practices for Self-Improvement and Stress-Relief