Here are two facts about dating you might not be aware of: 40% of Americans are dating online and roughly 52% (both male and female) lie about one or all of the following: their age, weight, and income.

How do you process all this?

Simple, you put it int perspective.

In life you have two options when it comes to dating, you either like it or you don't. You either have fun with it or you decide to hate it. If you choose to see dating as an endless possibility that will lead to romance, you're good to go -- there's nothing more to do but set up dates, show up, and be fabulous. Soon, you'll be on the road to relationshipville. But for others, there's something already present, something's already there the instant they think about being single and having to date.

It's a negative preconceived notion of dating (and all it implies and involves) that sabotages their every move. If there's a lump in the pit of your stomach when setting up your profile or scanning through potential partners profiles to find a match -- the "something's wrong syndrome" could be popping it's ugly head out and ruining your dating journey before it even starts.

If tasks related to dating seem daunting, like checking responses, replying, swiping, the "something's wrong syndrome" may be what you're suffering from but there is a cure!

What is this ailment and can you catch it?

There is a constant internal conversation going on in your head that labels all your life situations into two categories: all is good or something's wrong. Your internal conversation is running 24/7 and never takes a holiday, in fact, it works overtime on holidays when you're surrounded by family and friends. It analyzes everything and in a split second churns out judgements in real time like a wall street ticker tape.

Mom asked if you're seeing anyone but your internal conversation pumped out a judgment of "something's wrong" and now you feel horrible for being a lonely loser at Thanksgiving and you'll have no choice but to eat three servings of Aunt Bertha's award wining pumpkin pie to feel better.

The "Something's Wrong Syndrome" appears in a flash but only after your internal dialogue takes facts, opinions, made up beliefs, silly traditions, wacky rituals, old society rules, and that mean thing that weird kid said to you when you were 11 years old about liking Star Trek and creates a "something's wrong" judgment and it quickly rushes that into your brain and you now feel "something's wrong!"

Your internal conversation mashes up all those misinformed facts and opinions to formulate a judegy judgment about you and something occurring in your life, like being single and voila! You now have a new problem to keep you up at night. How many of you are already recognizing that you already have it?

"Something's Wrong Syndrome" is stamped all over you life: career, finances, hairstyle, weight, etc. And it makes special appearances when it comes to our relationships.

This is the reason so many people on the dating scene will ghost, breadcrumb, and everything in between. There's a "someting's wrong" at play but they don't know it and the cycle repeats.

Did I mention zombie-ing, Benching, stashing, and catfishing?

One of my life coaching clients that I'll call Jim was single and to him, "something's wrong" meant the following:

Vulnerability. Whenever "something's wrong" pops up, get real with it. It's an opportunity to take a close look at what's happening in your life and stop pretending. See, there's nothing wrong with being single, it's not better or worse than being in a relationship -- it just is.

And once you accept that being single doesn't mean something is actually wrong, then it frees you up to date and freely enjoy the journey but you must first identify what the "something's wrong" is trying to tell you. Behind every "something's wrong" there is a bullet point list of reasons, excuses, and considerations and you must figure out what they are in order to have a breakthrough in dating and see how there was really nothing ever wrong in the first place.

Once Jim got clear on what his "something's wrong" meant -- he was able to see what was behind each one of his fears. He became vulnerable and went "behind the scenes" of his fears and realized that some of these were crazy thoughts/ideas and many of these weren't even his beliefs, they were things his friends had implied, like "creating an online profile means you're desperate."

In reality, online dating has become a major source in couples finding one another and it's no longer stigmatized as it once was. Especially now that there are so many niche dating sites. You're into Latino women, got it covered! How about senior dating? Yip, there's that too! Even farmers have their own dating population. It truly is a dater’s paradise out there!

If you have a fear of dating, and "something's wrong" keeps nagging at you, take a deep dive into what it's trying to tell you. There's a story you're telling yourself about dating and the dating rituals. Here's your opportunity to squash the notion that something's wrong and create a clearing for an awesome dating experience.

So instead of being paralyzed by your internal conversation and living the life of a hermit crab and Aunt Bertha's pie, get to the root of what's stopping you, take a new approach and free yourself up to explore the fun and exciting road to relationshipville. 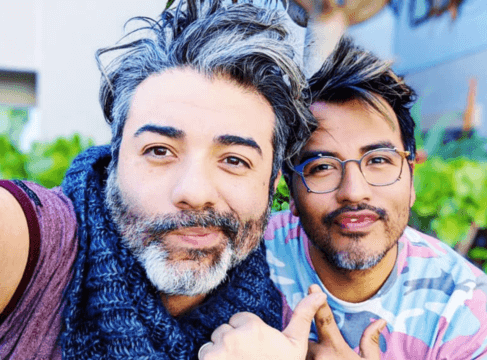 Fighting with my Husband

Three weeks ago I met up with a previous client who had given me the secret to life -- “Drink a gallon of water a day and your life will change, trust me, it got rid of the baby fat in my face!”
Quickly shift moods from overwhelmed and cranky to peaceful and fun. Breakthrough Coach Nando gives us insights into how filters cause chaos and fights.
READ MORE

Are Body Procedures Only for Women? Men, This One's for You!

What Does Your Smile Hide?

Men, stop hiding behind a smile. We know you hurt too. Hiding our emotions is something many of us have gotten used to -- especially men, there seems to be an anti vulnerability moment with men.
READ MORE 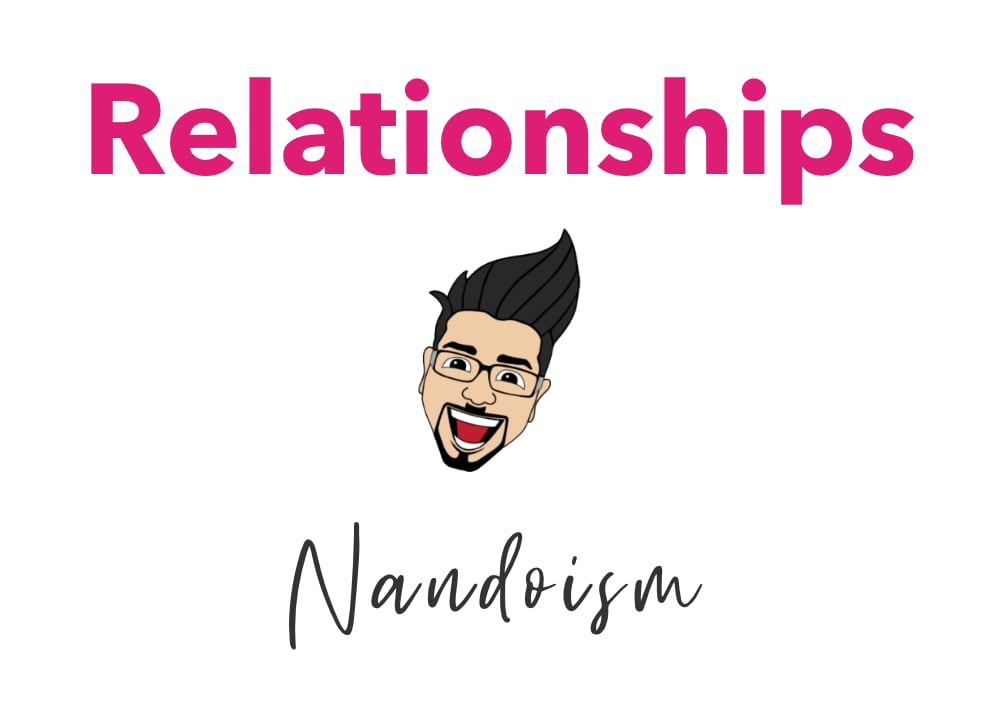 Can You Handle Being in an Open Relationship?

Can You Handle Being in an Open Relationship? Three things to consider before going that route, according to New York City Life Coach Nando Rodriguez.
READ MORE